I recently purchased a SAAS throttle controller from Autobox. This unit lets you customise the response of your accelerator pedal, and reduces the input lag that is common in modern drive-by-wire accelerators.

You can choose super slow acceleration to save fuel, all the way through to aggressive 'race' acceleration. I've purchased this to reduce the input lag and sharpen up acceleration a bit when towing, and it has been pretty useful.

The control head for this throttle controller consists of a small display (about half the footprint of a credit card) with some buttons to change mode and sensitivity, and is traditionally mounted with the included 3M double sided tape, with the cable exiting the side of the head and slipping through a gap in the dash somewhere.

I don't like the idea of putting tape and wires all over my dash, so I have instead created an adaptor to allow mounting of the controller in the unused engine start button blank near the ignition barrel. 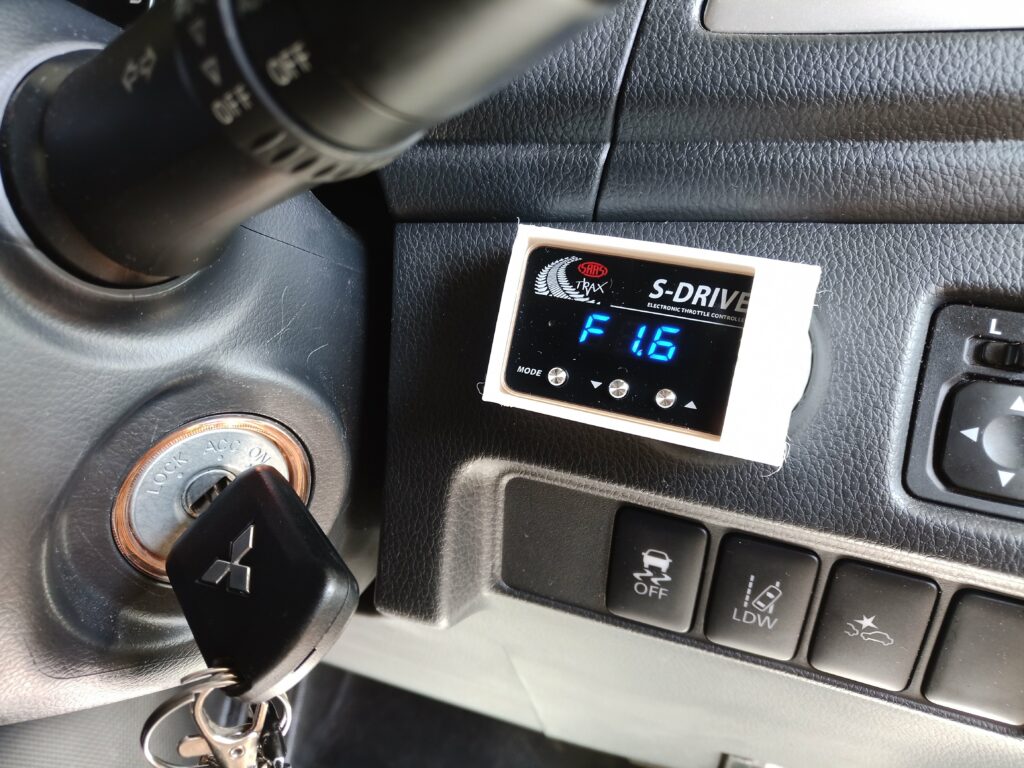 The part I created conceals the wire from the side of the unit within, allowing for a sleek install. I simply fed the cable through and slipped the control head in to the 3D printed part, securing it with the 3M tape that is supplied with the throttle controller.

Installation is a snug fit, but has not vibrated or moved after a month or so on sealed and unsealed roads. This may, however, make the dash panel it attaches to tedious to remove, as you may need to get your hand behind to unclip the mount and remove the dash panel.

You can download the 3D model to print your own from its Thingiverse page. Make sure you use supports when slicing. I printed with 80% infill for decent rigidity.